The prototype photo of this stamp collection was taken during an occurrence of this tradition in 2018 consisted of 4 related designs; the first stamp shows Luang Pho To's land parade, the second stamp is a floating parade led to the festival, the third stamp is giving alms to a Buddist monk on a paddleboat.Last but not least, the highlight of Rab Bua festival where gathers a faithful crowd. In addition, a prow is renewed annually and it was a Garuda prow in 2017 and an Erawan elephant prow in 2018. 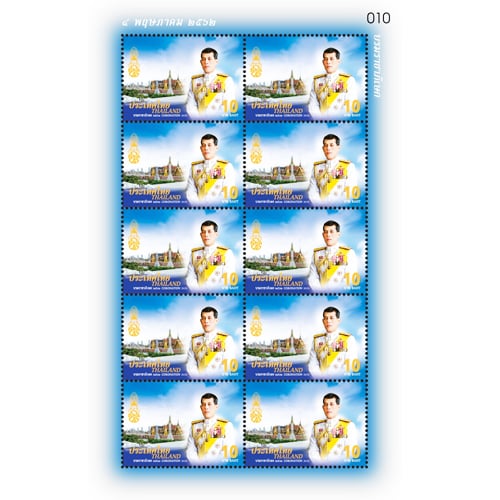 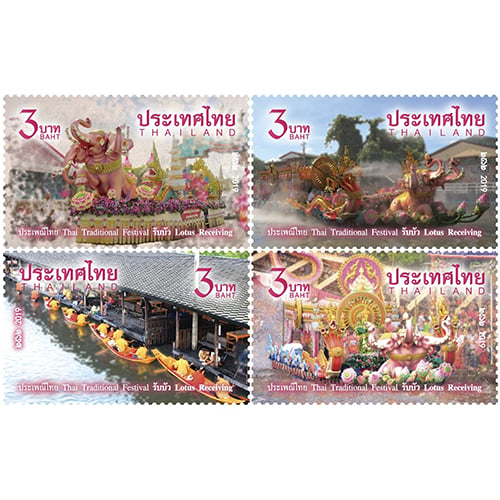 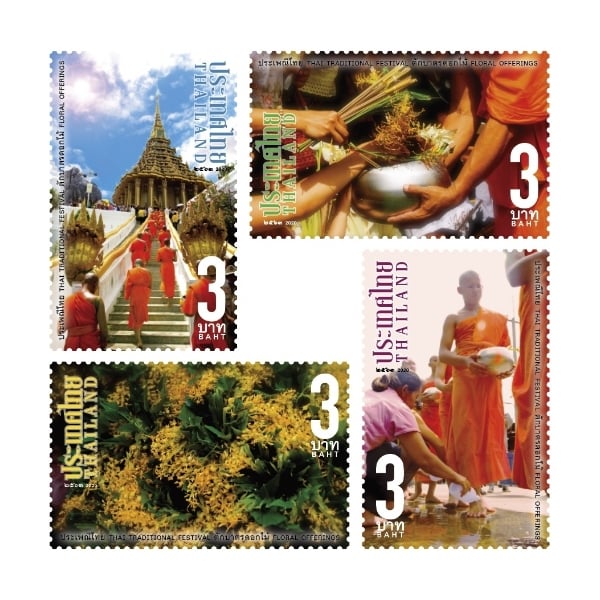 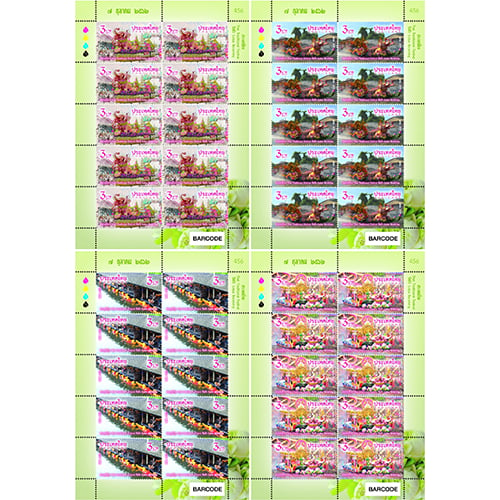 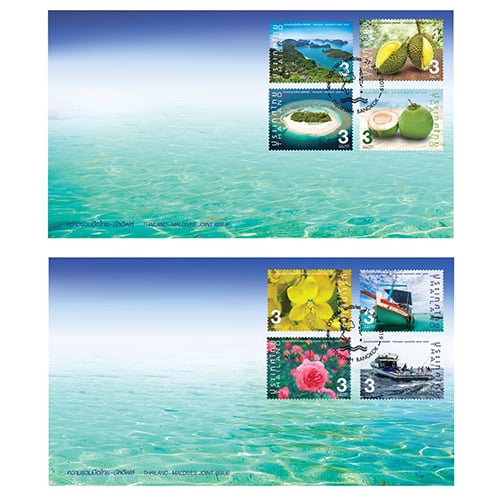 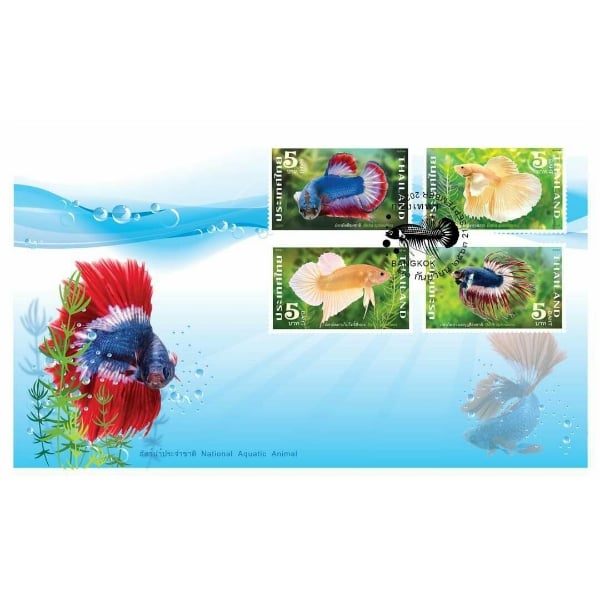 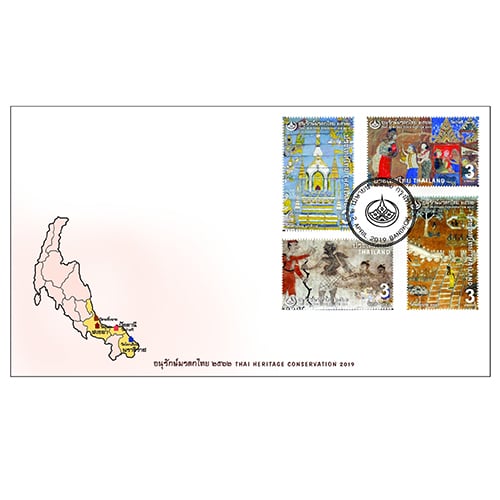 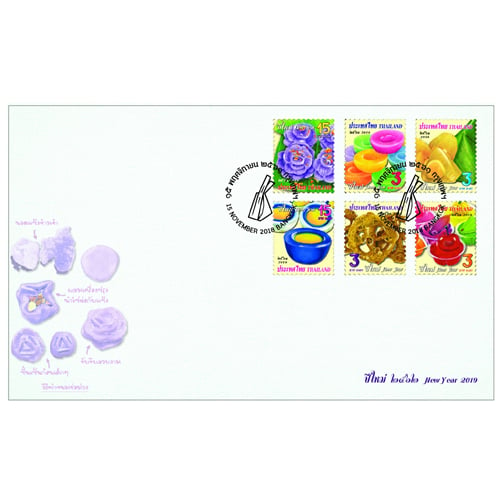 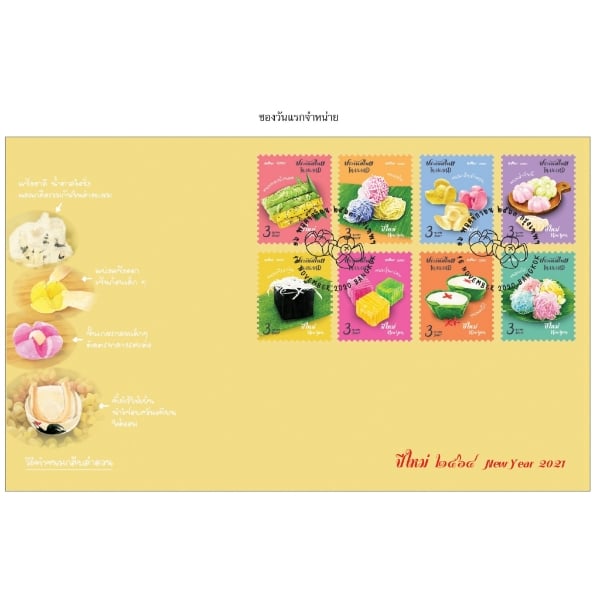 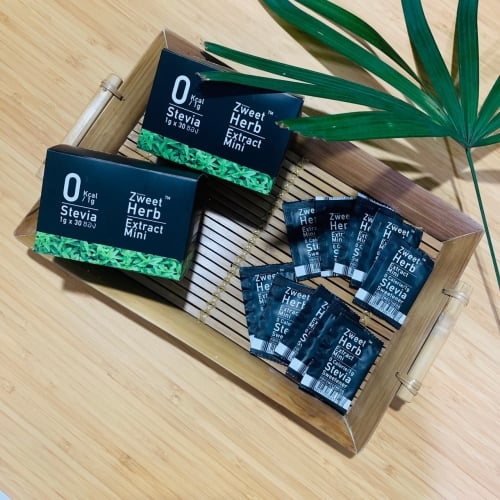 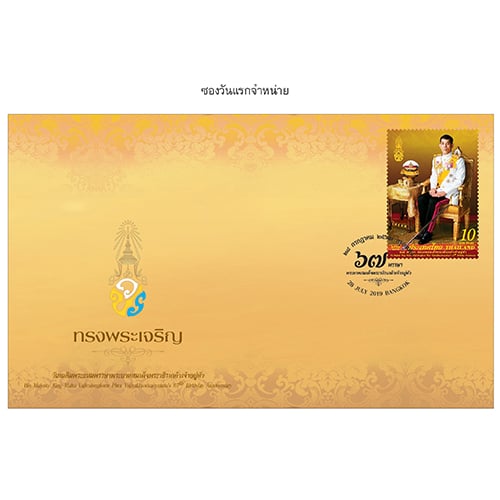 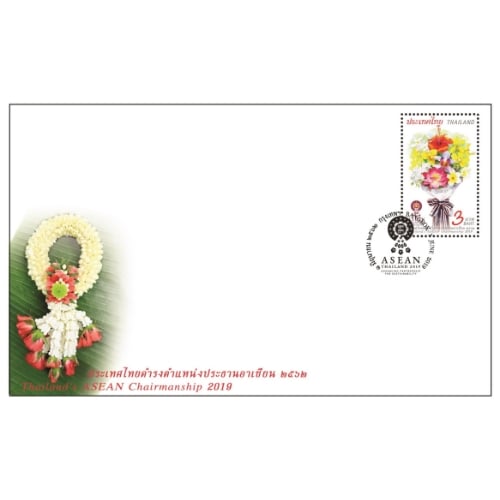 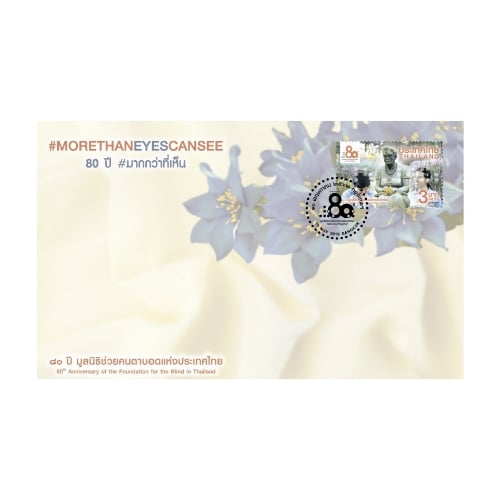 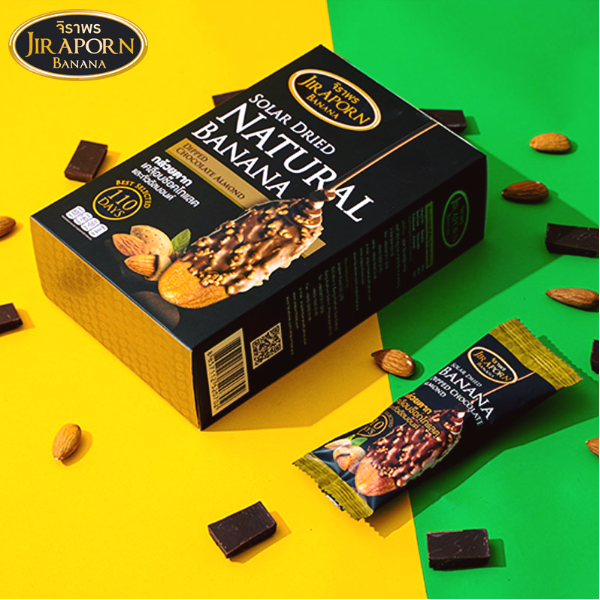 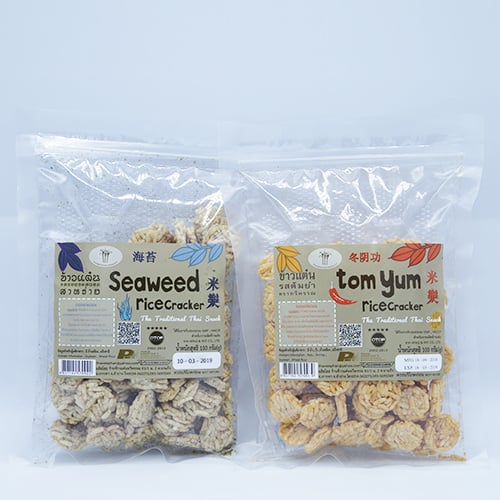